The struggle of transitioning from military service to civilian life is all too familiar to Ross Scanio. The former fighter pilot served in the Marine Corps from 1985 to 2005, with two deployments under his belt. His stories of his time in service include adrenaline-filled tales of flying an F/A-18 Hornet, in the middle of enemy fire, during Desert Storm. Now, with his new company, Adrenaline Therapy, LLC, he’s using adrenaline as a way of helping other Veterans ease their transition from service to civilian life.

“I was born in upstate New York and went to high school right outside of Chicago.”

He recalls, as a child, seeing planes take off at Chicago’s O’Hare International Airport, and wishing he could someday fly one.

It wasn’t until he was at Hastings College in Nebraska when he met with a Marine Corps recruiter that the childhood dream would be within reach. He was recruited to Officer Candidate School (OSC), with the guarantee of going into aviation.

A Young Lieutenant at War

While tensions were rising in the Middle East, in 1990, Scanio was training in California.

“I got selected for the F/A Team (F/A-18 Hornet), then left in January (of 1991) to my first war. And what an overwhelming position to be in for a young guy who could potentially make every flight more dangerous just because he didn’t really know much!”

He recalls experiencing events as a young Lieutenant that he didn’t talk about until years later, but he also remembers being grateful to have been in the position to help his fellow Marines by providing air support during Desert Storm.

“I think the best hour I ever spent in the cockpit of an F-18 was on the border of Kuwait (and Iraq) with a Marine unit. They were taking incoming artillery and direct fire. There was a tower across the border (in Iraq) with some people or person spotting and adjusting fire.”

He says, as they were getting closer to the Marines, he heard someone on the radio say, ‘Be nice if somebody wants to come down here and change the outcome’ There were oil fires, making it hard to see, and the only way to see was to fly below the allowed altitude. So, he had the option to follow the rules or save his fellow Marines from incoming artillery. Reflecting on that decision, he doesn’t think he would have made a different choice, though he credits his co-pilot with keeping them both out of harm’s way.

“We formulated a plan to descend down over the Gulf. I’m racing at around 500 knots, close to 100 feet above the ground, trying not to hit the ground and trying not to get shot. Took me a number of passes to get that alignment and firing solution together and then that was the end of the incoming artillery. And to hear Marines in the background just sending cheers and good tidings. You think, ‘Yeah, that’s my mission!’”

Scanio continued to serve on active duty until 1999. While he had excelled in his career as a Marine, he struggled with having missed out on time back home.

“I’m sure a lot of Veterans feel this way or have thought about this, but you’ve sacrificed a lot, you sacrifice time away from your family, the stuff we don’t think about (when we are deployed) and how they might feel while you’re in harm’s way.”

He made the decision to transfer to the Marine Corps Reserve. He also began his civilian career. He landed the opportunity of his dreams as a pilot for United Airlines, based out of O’Hare International Airport – the same airport that sparked his dreams of flying.

While he loved the opportunity, it did bring more interactions with civilians than he’d had in the past 14 years!

Shortly after the attack on the World Trade Center on September 11, 2001, he began to get tough questions and criticisms from civilians.

“Questions like, ‘Where were the weapons of mass destruction?’ Or, ‘Is this “daddy’s” war?’ and ‘Why didn’t you guys finish the job when you were there?’

“You say, ‘Well, we did: The enforcement of the UN resolution to restore Kuwait to the rightful owner. And so, when we were complete with the mission, we came home.’

It’s challenging because we all don’t get the same message, nor do we all have the same frame of reference.”

Scanio achieved the rank of Lieutenant Colonel before deploying one last time to Iraq during the Global War on Terror, and finally retiring after 20 years of service, in 2005. From there he found his way into corporate America and into the real struggle of the transition from Marine to civilian.

Being completely separated from service, Scanio says he began to isolate himself from family, friends, and even fellow Marines. He didn’t realize he even had a problem, which made it worse when his new business venture was unsuccessful, leaving him frustrated and having to start over, once again.

It wasn’t until a few years later, in 2009, that he finally sought help at a Vet Center in Waco, TX. The treatment made him realize his struggles had to do with traumas from his time in service. He found tremendous value in the peer support group he took part in; so much so that after his time at the Vet Center, he enrolled in a program to become a trained peer support group facilitator.

Scanio moved to Arizona, in 2015, to be closer to his mother and brother. He sought out another combat support group to continue attending the meetings, which he found were helping put his mind at ease. Unfortunately, the social worker who was leading the meetings was being transferred to another state. Since he had the training, Scanio was approached to temporarily facilitate the meetings, rather than cancel them all together. He ended up facilitating the combat support group in Casa Grande, AZ for about 9 months until a new VA employee arrived to lead the meetings. Even then, he continued to share the duties of facilitating the meetings. He explains,

“All the Veterans who participated, including myself, looked forward to that hour. We actually found that we liked helping each other. We found a safe space.”

“All of a sudden, you’re doing something with all of them!”

Through these organizations, he continued to help others, including kicking off a COVID Relief Program, in March of 2020, in order to provide household items and meals to those who were having a difficult time.

He found helping others to be cathartic, but not as cathartic as being in a cockpit flying over and admiring the beautiful American terrain or jumping out of a plane.

While at a skydiving organization, he encountered a couple of psychiatrists who were researching sky diving as a form of therapy for Veterans with PTSD. He also came across fellow Marines who started a scuba diving program for Veterans.

“It was pretty inspiring to meet them and learn about that!”

Intrigued at the idea of using extreme sports to combat PTSD, he became involved with skydiving and scuba diving companies, as well as a racetrack; all who were offering their services to help Veterans. Seeing success among his peers, he decided he wanted to make this form of therapy more easily accessible to Veterans.

Scanio launched Adrenaline Therapy, LLC in October of 2021. He acquired a couple of HMMWVs (Humvees), which he has used to take several military Veterans on weekend excursions in the Arizona desert. He combines the thrill of off-roading and exploring the desert with moments of support group-style discussions.

“The excursion is really about an opportunity to go out in these vehicles and repurposing them, repurposing that equipment and staging ourselves out in a different desert. There’s no hustle or imminent fire. It’s a camaraderie and bonding opportunity of a positive nature, which potentially can replace some of those negative memories with positive ones.”

Scanio is also working on grants that would allow him and his partner organizations to continue to offer Adrenaline Therapy free of charge to Veterans in need. He wants other Veterans to be able to heal, the way he has and continues to heal. He also hopes that sharing his struggles with other Veterans will help to remove the stigma associated with seeking assistance with mental health.

“At the end of the day, we’re all in this together,” he says.

He looks forward to collaborating with more organizations including the VA and local psychologists, in order to help more Veterans as they transition and heal.

You can find more information on Adrenaline Therapy at Adrenaline.vet. 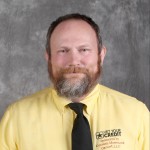 Get the Latest Edition!